Published in The Sunday Business Post on September 22nd, 2007, reviewed by Alex Meehan

At first glance, Clean Cut is a police thriller of the old school.

Detective Chief Inspector James Langton is a driven London cop, hot on the heels of a gang of illegal immigrants thought to have murdered a young prostitute. 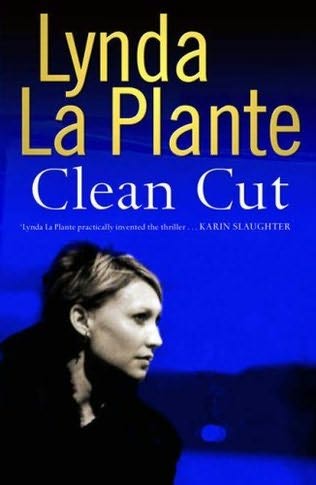 While trying to make an arrest in connection with the case, he is stabbed and almost killed. As Langton struggles for his life and then comes to terms with being invalided in a police hospice, his girlfriend, Detective Inspector Anna Travis, attempts to pick up the pieces.

She puts her career on hold to care for Langton, but he’s a less-than-ideal patient: embittered, angry and obsessed with tracking down the men who attacked him. However, the case seems to go cold, and his overworked colleagues are quickly assigned to more pressing duties.

Travis is assigned to a new murder team in Brixton and a new case – that of a woman whose body is found in her home by her 12-year-old daughter. This time, the murderer was a particularly cold-blooded type. He killed at random, and then stopped to make a sandwich at the crime scene.

Travis is drawn into the case when the killer is caught and confesses, but all is not as it seems. While making the case watertight, a suspect threatens her with the chilling words: ‘‘You want to get cut up like your bloke? Stay away from here or you’ll get the same!”

Are the cases connected in some way? Is Travis being threatened by the same people who attacked Langton?

Clean Cut is the third crime thriller from La Plante to feature Detective Inspector Anna Travis, and it is obvious from the first page that this is the work of a masterful creator and manipulator of believable characters.
Click here to find out more!

La Plante has a long and illustrious career behind her writing for television, where her credits include Prime Suspect and The Governor, and it shows in her work.

It takes skill to create characters that the reader cares about within the first few pages of a book, but La Plante handles it with ease.

The story is well-paced and interesting, with a good balance between police procedure and plot development.

The criminals are nasty pieces of work and their crimes stomach churning.

In the book, Travis has to face the problem of dangerous criminals released back into the community to re-offend, as well as highly-paid legal defence teams defending the indefensible.

At times, the crimes committed by the villains in Clean Cut seem almost over the top, but in interviews, La Plante has said that all the criminals are based on real people.

All crimes depicted in the book took place in real life and came from newspaper clippings she collected while researching the story.

Clean Cut is a great example of an occasionally moribund genre. This is a page-turning thriller with a strong message that is sure to appeal to casual readers as much as crime fans.