While researching a story today, I fell victim to the narcissistic temptation to search for myself on the net (my name that is, not a sense of spiritual purpose) and one of the responses was this story – this is the first piece I had published in 1996 as paid journalism.

Ahh, the good old days, when the Irish Times would let me past the front desk! 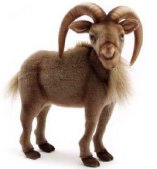 EFFORTS are under way to determine the cause of the death of 20 goats on Dalkey Island, Co Dublin, amid suspicions that they have starved.

Only a male and a female remain of the historic herd that first started grazing on the island more than 200 years ago.

A vet attached to Dun Laoghaire/Rathdown council believes the animals were probably killed by an infection, according to Mr Donal O’Neill, senior administrative officer with Dun Laoghaire parks department.

But there is local speculation that the goat herd may have starved to death. “It was a very dry summer last year, and there isn’t much vegetation on the island,” one local man said. “There are also a lot of rabbits and birds. A herd of 22 goats is quite a strain on an island that small. I think they starved to death.”

According to local people, the goats were being kept alive by sympathisers sailing out and leaving hay on the island.

The council says that, because the goats are wild, they were left to themselves more or less. “Some of them have died, yes. We have a vet that goes over every fortnight and he was there last week and they were fine. Some had died of natural causes, like old age, but that’s normal,” said Mr O’Neill.

A diver swimming in the area earlier this week reported seeing the bodies of several dead goats floating in the water.

“When this was reported, we sent the vet over again to check and most of the goats were dead. There are two left, a male and a female,” said Mr O’Neill.

A council vet has taken samples from the dead animals for analysis. It has no plans to introduce more goats to the island.

Ms Therese Cunningham, of the Dublin Society for the Prevention of Cruelty to Animals, said she was distressed and concerned about the deaths.

“The goats have been a feature of Dalkey’s heritage for many years.

The goats have been on the island since the Martello tower was built in Napoleonic times. They were originally put there to provide milk for soldiers garrisoned at the tower.